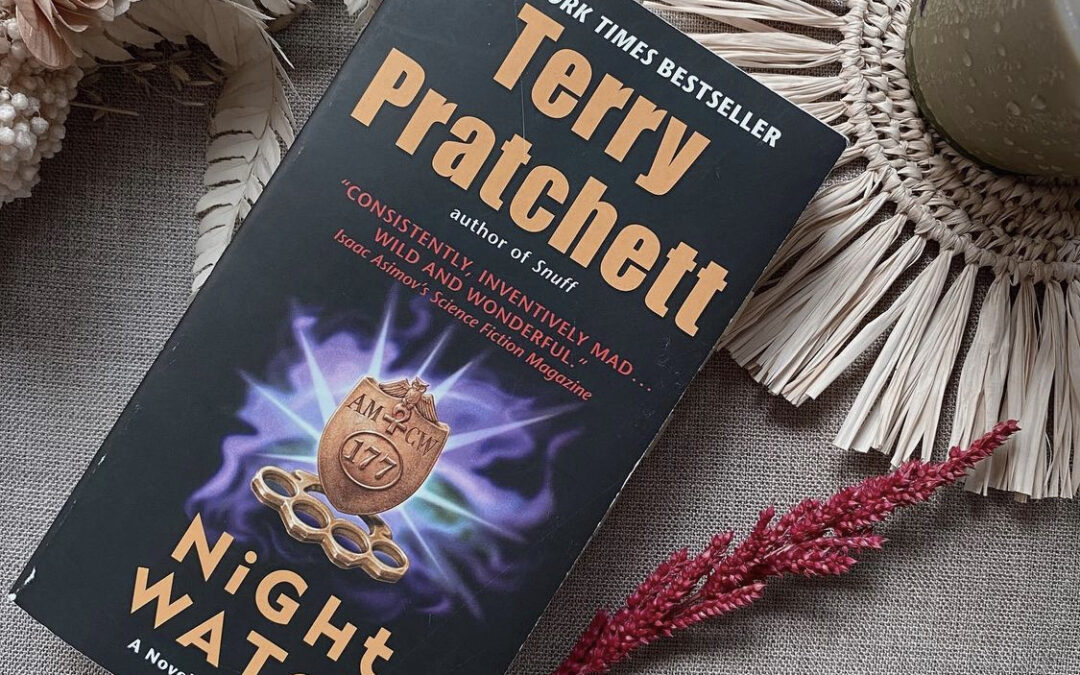 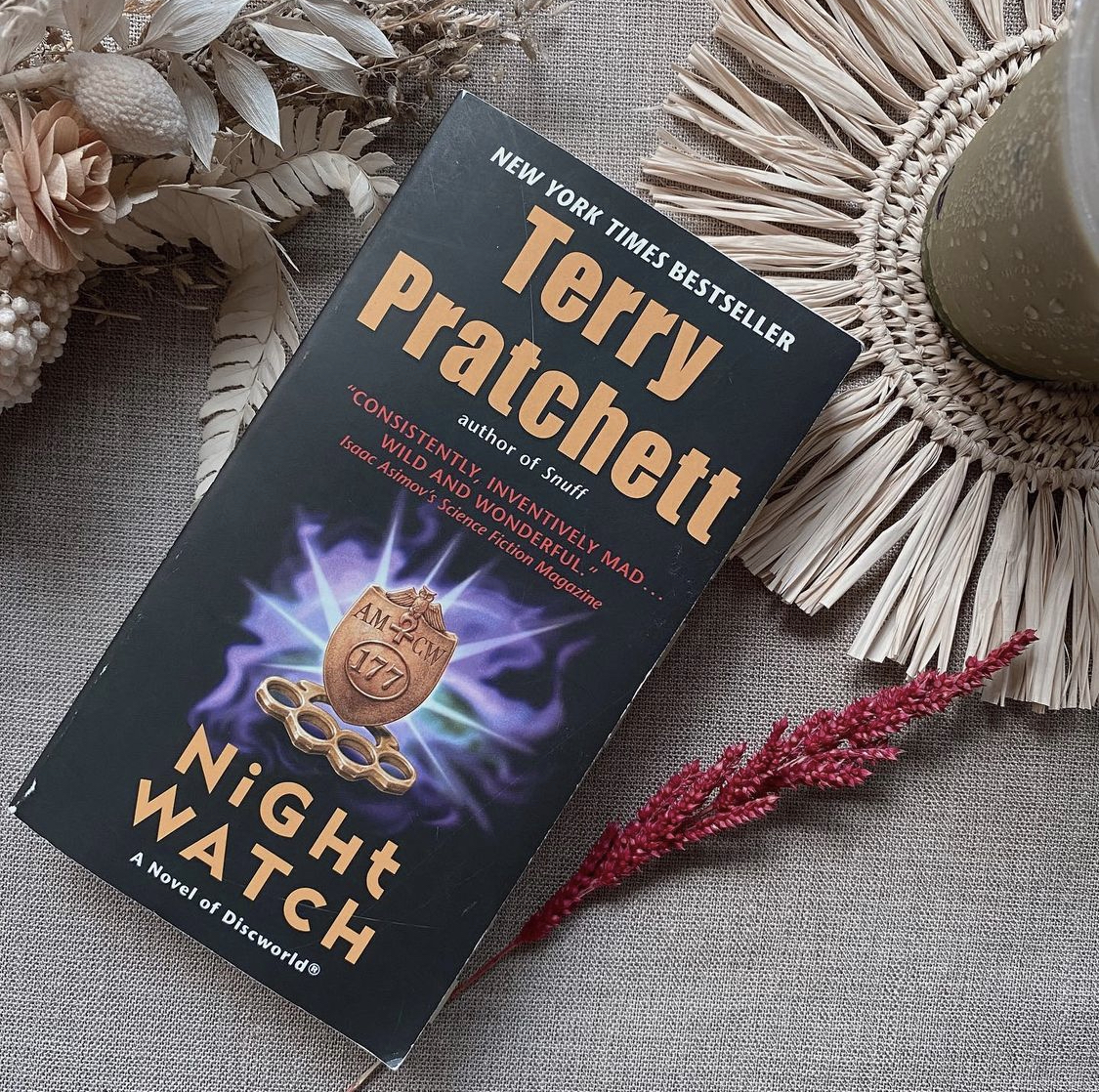 I had to sit with my grief for a couple of weeks after finishing this book because of how hard it had hit me. It’s insane how I could become so invested in the lives of fictional characters, to become so tethered to them that their experiences are my own, their internal struggles are also my own, and my anguish is just as great as theirs was.

This is the first Discworld book that ever made me cry. All that it stood for, all that it tried to say will forever be etched in my heart. I mourned for the lives that were lost. I shared Sam Vimes’ anger in having believed he could have changed things, and realizing he couldn’t after all. I was devastated. Had this book been published earlier within the City Watch series of Discworld, I believe it wouldn’t have worked—and that’s just the magic of storytelling, of world-building, and of creating characters that feel so real. Because to me, they are. And I will wear this lilac sprig close to my heart for as long as I live.

I will always carry these quotes in particular deep within me:

“No,” said Vimes, coming to a halt under a lamp by the crypt entrance. “How dare you? How dare you! At this time! In this place! They did the job they didn’t have to do, and they died doing it, and you can’t give them anything. Do you understand? They fought for those who’d been abandoned, they fought for one another, and they were betrayed. Men like them always are. What good would a statue be? It’d just inspire new fools to believe they’re going to be heroes. They wouldn’t want that. Just let them be. Forever.”

I raise my glass (and a hard-boiled egg) to Sam Vimes, to those 7 graves, and to the remarkable Sir Terry Pratchett.